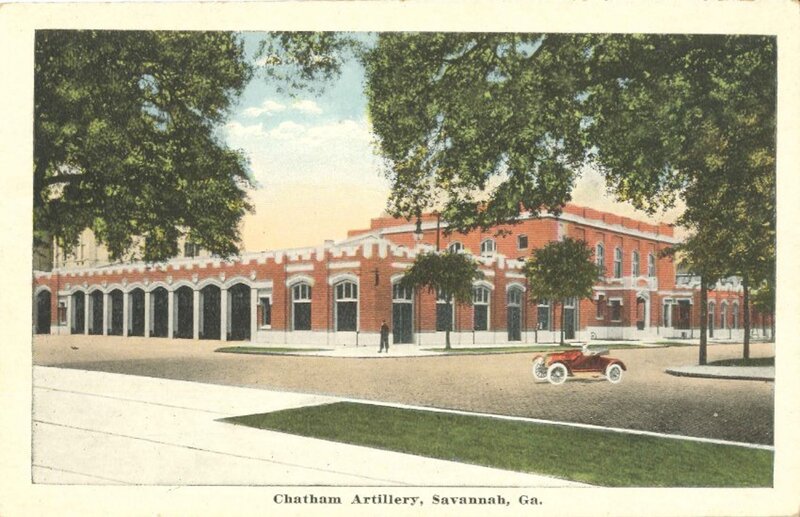 Like the City of Savannah Powder Magazine he helped design in 1898, Witcover employed the use of medieval architecture, including crenellations and stone shield decoration. Built of tan brick and stone for a private militia company, the building consists of two wings. In addition to serving as the armory, the wing facing Bull Street also housed rentable commercial spaces. The wing facing Park Avenue served as the “Gun House.” The Chatham Artillery Armory building is now home to the American Legion, Betty Bombers restaurant, and Brighter Day Natural Foods. 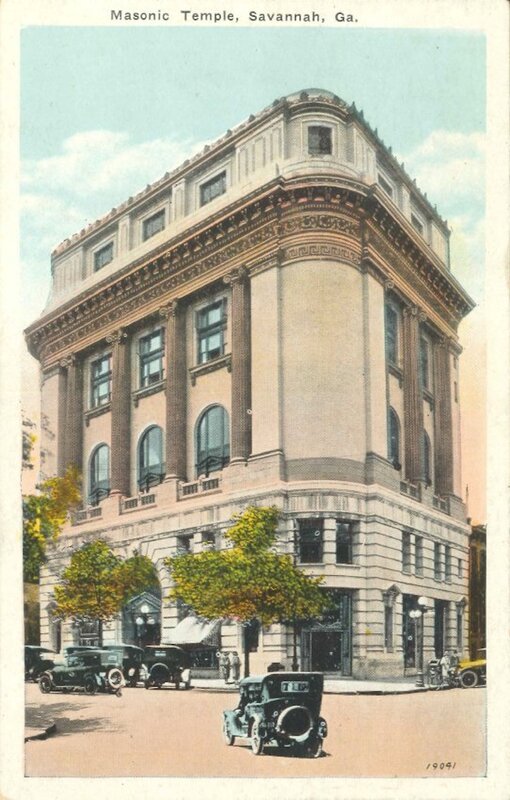 Witcover spent most of his architectural career deeply involved in the Scottish Rite Masons, eventually rising to national office, so he was an excellent choice as architect for this Masonic lodge. The building is seven stories of tawny brick, glazed terra cotta, and Georgia marble in the Neoclassical style. The top level features blue accents, and Masonic symbols are scattered all around the building. The bottom floor was built for use by a pharmacy business, while Masonic activities occurred on the floors above. This building is now owned by SCAD, which operates the Gryphon Tearoom on the ground floor.