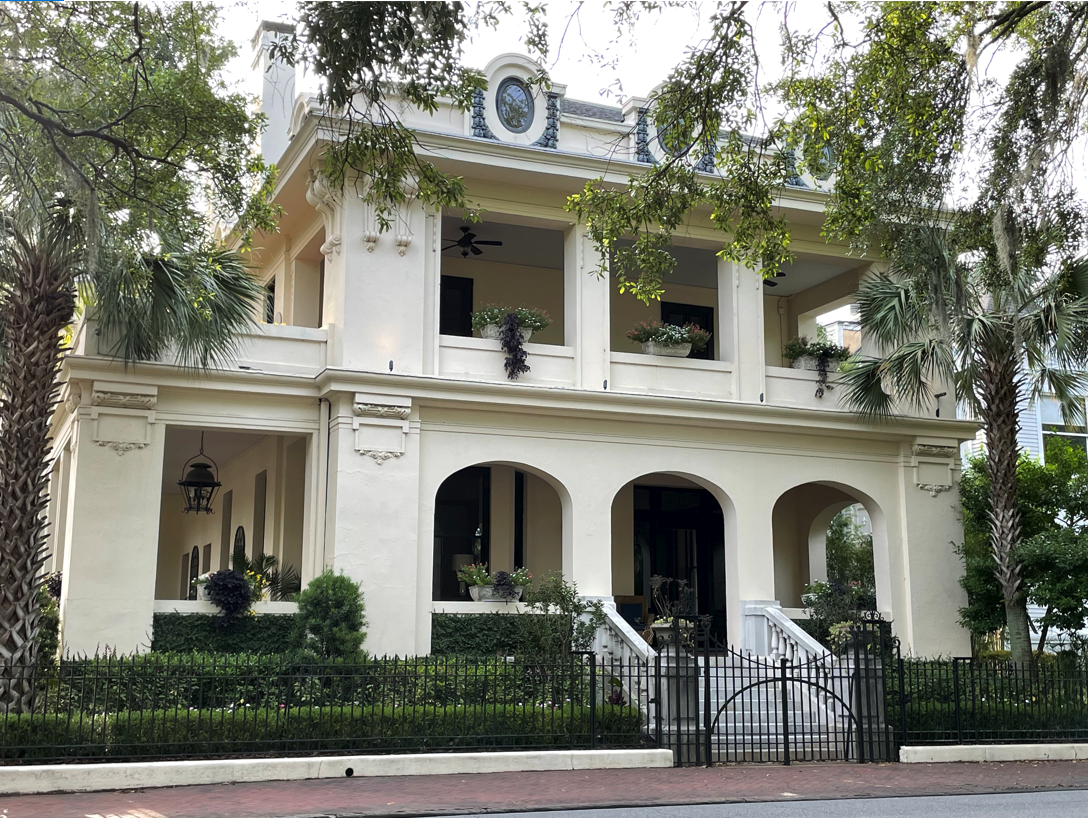 The Walker House, built in 1911, still serves as a single-family home.

Located in the Victorian District at 911 Whitaker Street and facing the grassy expanse of Forsyth Park is this Italian Renaissance Revival beauty. Built in 1911 for merchant George P. Walker, this elegant two-story home features deep porches and oval dormer windows decorated with garland. The exterior of the home is stucco, but the inside features mahogany stairs, paneling and trim, as well as inlaid heart pine floors. 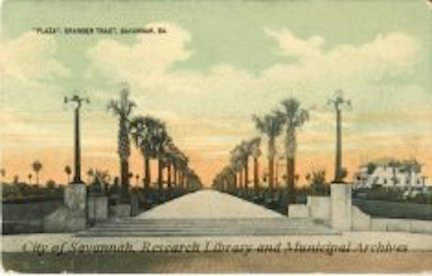 By the turn of the 20th century, Savannah’s population was growing by leaps and bounds. To address the need for more housing, several new subdivisions were developed at the southern end of town. One of these highly-desirable neighborhoods was Chatham Crescent.

Developed by Harvey Granger, Chatham Crescent was part of the City Beautiful movement, which was a philosophy of urban planning that probably started with the 1893 World's Columbian Exposition. City Beautiful embraced planned, structured, harmonious design. The layout of the neighborhood was designed by Ecole des Beaux Artes-educated Henri Bignault. He created a symmetrical neighborhood with an orderly grid of streets and service lanes, punctuated with green spaces and parks.

There was no prescribed architectural style to be used in Chatham Crescent, so there is an eclectic blend of various Revival styles, as well as the Craftsman home styles of the day.

The Playground of America: A description of Savannah and its surroundings (1911) was a booklet that the Chatham Hotel and Land Company sent to people who were interested in moving to Savannah. Ostensibly intended to tout the benefits of life in Savannah, it also served as a clever marketing ploy for the Chatham Crescent neighborhood. Click through this interactive file below to read more about a rather romanticized early 20th century Savannah and view contemporary maps of Chatham Crescent and Savannah. 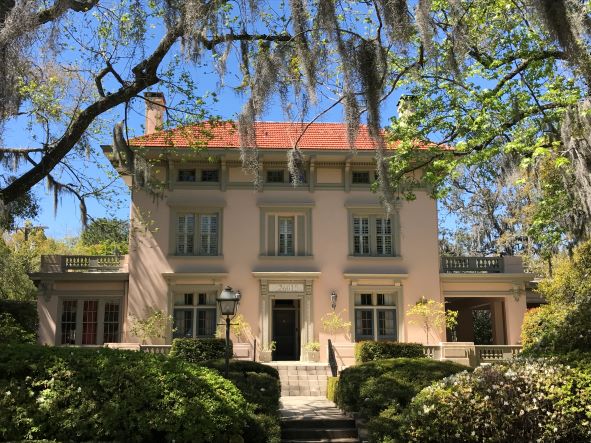 Robert M. Hitch House in the Chatham Crescent neighborhood, built in 1910. Photo courtesy of The Georgia Trust for Historic Preservation.

Built for Robert M. Hitch towards the beginning of the development of the Chatham Crescent neighborhood, this two-story Mediterranean Revival house features a stucco and stone exterior. Its bracketed cornice supports a red tile roof. Stone balusters and railings grace the top of the single-story north and south facades. The front façade of the house is symmetrical, save for a porte-cochere on the right side of the building. Lawyer-turned-mayor Hitch had his house built on one of the prime lots in Chatham Crescent, facing the grand tree-line mall that runs the depth of the neighborhood.