After Albany was founded by Nelson Tift in 1836, law and order quickly became an issue in the growing town.  Tift's diary reflected that they were in danger of being driven out "by gamblers, drunkards and loafers for want of proper laws to restrain them."  Tift caned a man "to keep the peace of the community" on more than one occasion.  In 1838 Tift petitioned the Baker Inferior Court for a Magistrate Court, and in 1840 he became its justice of the peace .  By October 1853, the Albany Patriot complained that when the Baker County Superior Court was in session, "almost the entire population of our place is at Newton, detained from business at the great expense of time, money and patience.  Such a state of things is intolerable.  Our county is entirely too large.  Justice demands a change, and we hope we shall have it."  On December 15, 1853 the Georgia Legislature passed a law that formed Dougherty County out of Baker County.

"The first courthouse was 'to be of brick, built in a substantial and elegant manner, and when finished, will be an ornament to our city.'" 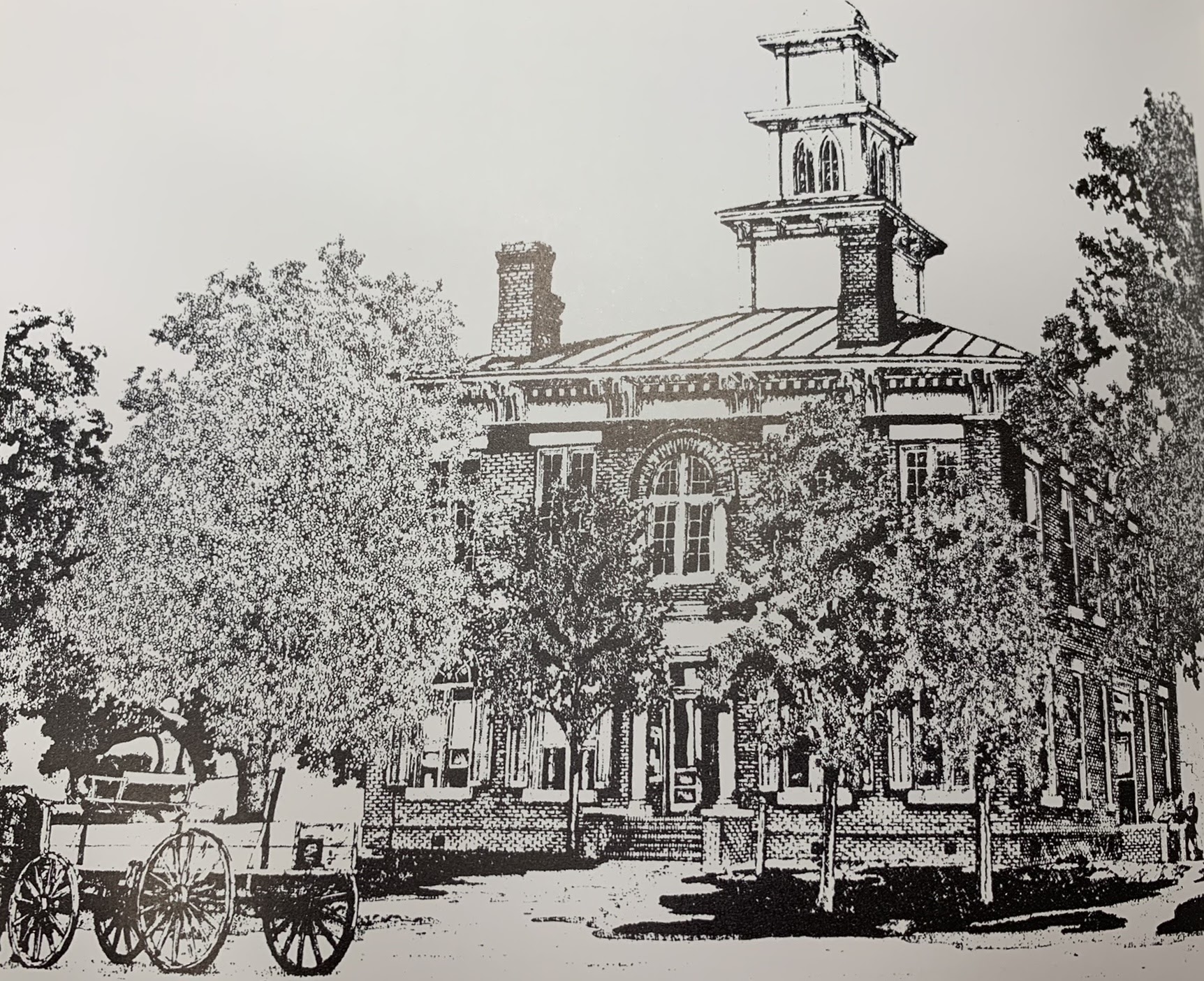 This image of the first courthouse, by artist Warren L. Kirbo, was reproduced from Glancing Backward Albany, Georgia 1836-1986.

Albany's Inferior Court sat for the first time on January 30, 1854.  That year the Superior Court adjudicated 471 cases.  By 1861 the local courts caused "the certain and rapid triupmph of law, order, morals and civilization . . . over lawlessness, disorder, vice, and semi-barbarianism, which is always more or less incorporated with border society."

As a frontier town, Albany initially lacked a courthouse.  Instead, the courts leased rooms on the second floor of Albany's Post Office.  Soon the court bought lots downtown for a courthouse site.  On March 6, 1854 the court ordered the clerk to advertise for sealed bids for a courthouse, 52 x 64 feet, as well as for a wooden jail 40 x 23 feet.  The first courthouse was "to be of brick, built in a substantial and elegant manner, and when finished, will be an ornament to our city."