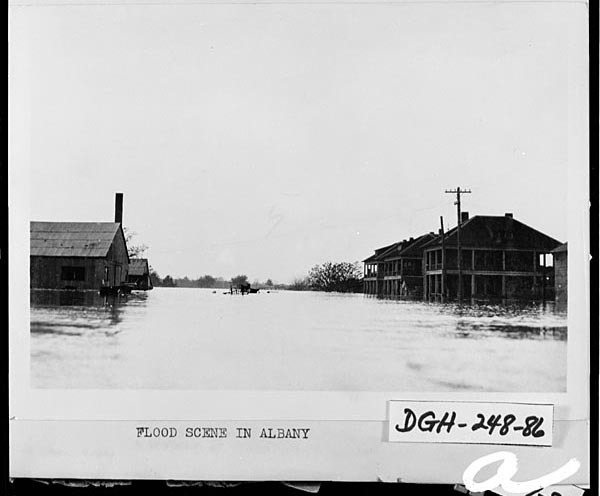 The tragic "Great Flood" of 1925 grabbed headlines when the Flint River rose to 36.6 feet, overflowing its banks and flooding low-lying areas north and south of town.  The flood cut off railroads and highways, threatened the gas plant and submerged businesses and homes in water.   It claimed the lives of two young men, Will and Asa Tift, descendants of Albany's founder, Nelson Tift.   The Tift brothers went canoing in the river on January 17.  Younger brother Will fell into the water, and Asa died trying to save him.  Asa's body was recovered just below Memorial Bridge, several miles below the creek dam where the drowning ocurred, on January 31, 1925.  Will's body was never found. 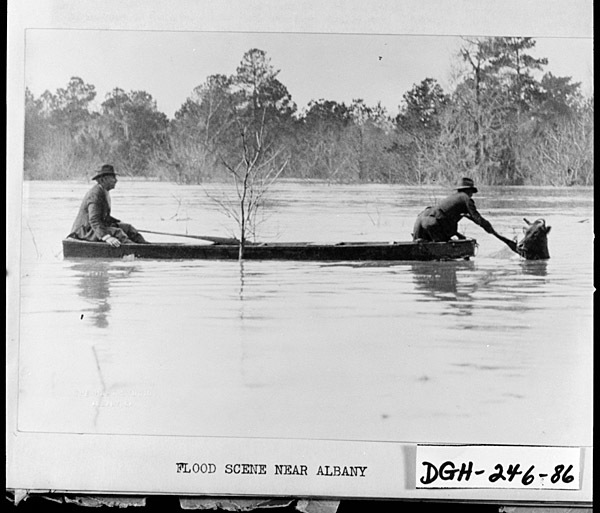 "The flood cut off railroads and highways, threatened the gas plant and submerged businesses and homes in water."

The Flood of 1925 would likely have impeded the operation of the local courts, but newspaper records from the period give few details.  On Thursday, January 15 the Albany Herald announced, "Regular Thursday morning police court, which was to have been held this morning, was postponed until Saturday morning due to the smallness of the docket."  The local District Court of the United States for the Southern District of Georgia, Albany Division appears to have conducted business as usual.  On Monday, January 19 The Albany Herald announced the meeting of creditors scheduled for January 28 in the bankruptcy of James Barnett Cooper, who had been adjudicated bankrupt on January 17.

Despite sandbagging the walls and bricking up the doors and windows of the local gas plant, it was flooded and unusable from Tuesday, January 20 to Thursday, January 29.  A meeting of school superintendents that was scheduled for Tuesday, January 20 was "indefinitely postponed on account of the conditions created by the excessive rains and flooded streams."  Electricity was uninterrupted except for a brief period on the evening of Friday, January 23.