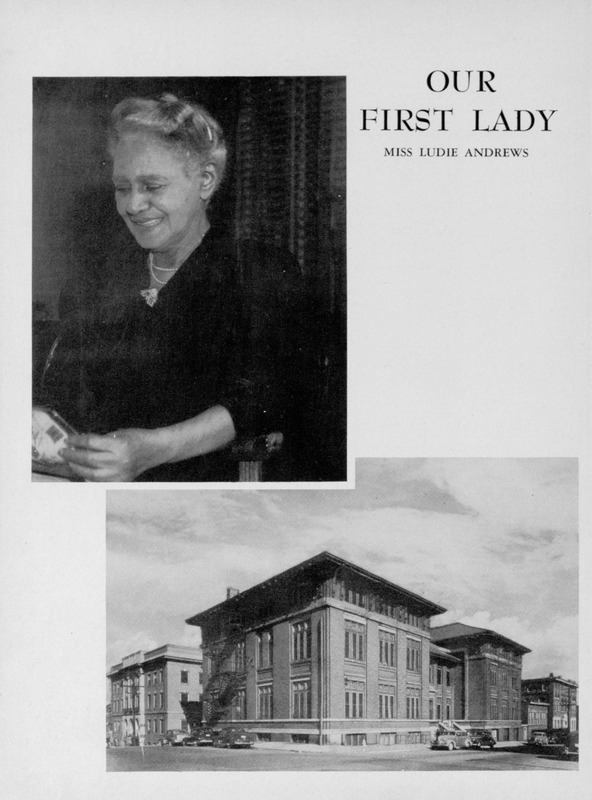 Mirroring the prevalent racial discrimination and segregation established in the United States during the Jim Crow era after the Civil War, the nursing profession did not provide equal opportunities to Blacks. The institutionalized social and economic disadvantages faced by Blacks necessitated the creation of separate nursing training schools and professional organizations to ensure participation in the nursing field. These disadvantages translated to the job market, with fewer employment opportunities available to Black nurses, creating unequal participation in the profession.

The first chartered nursing school in Georgia was the Grady Memorial Hospital School of Nursing, established in 1898 in Atlanta. The Municipal Training School for Colored Nurses, an accredited nursing school for Black nurses, was added to Grady Memorial Hospital School of Nursing in 1914 and was chartered in 1917. The Municipal Training School for Colored Nurses was organized by Ludie Clay Andrews, who was born in Milledgeville, Georgia in 1872. Andrews was a graduate of Eddy High School in Milledgeville, Georgia, and a 1906 graduate of the nursing training program at MacVicar Hospital at Spelman Seminary in Atlanta, Georgia. Andrews had been lobbying for the right of Black nurses to secure state nursing registration, and after ten years, her unwavering dedication paid off. The first Black nurses to graduate the Municipal Training School for Colored Nurses in 1920 were allowed to take the same examination as white graduates for certification by the Nurse Examining Board of the State of Georgia to become licensed nurses. Andrews became the first Black registered nurse in the State of Georgia. 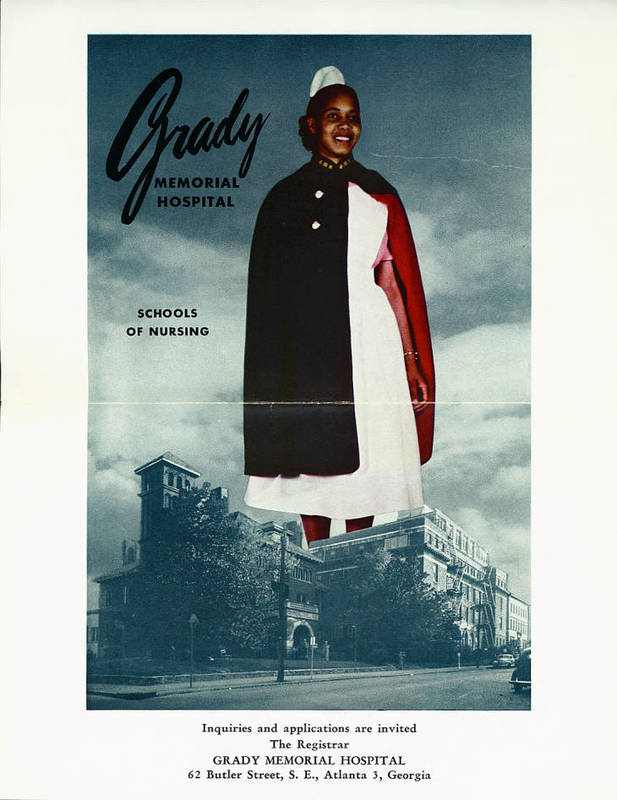 From the beginning, the sanitarium exploited Black labor. Initially this was through the existing aberration of enslaved servitude. Post-Civil War, Black labor was continually leveraged to the greatest extent with the least concern for quality of life. Much of the physical labor needed to make improvements to the campus and tend the farm fields was undertaken by Black patients. As an example, the Annual Report for 1908 stated that the considerable amount of grading and terracing required to improve the water works facility was, “done entirely by colored patients at times when they can best be used in that way.”

“Their wages have been the same for many years, and they cannot live on such wages. They are not now getting what they ought to have, but are remaining at their work, hoping the State will be more liberal toward this institution, and we shall be able to give them something like their work is worth.” - Sixty Sixth Annual Report of the Board of Trustees of the Georgia State Sanitarium, 1910. 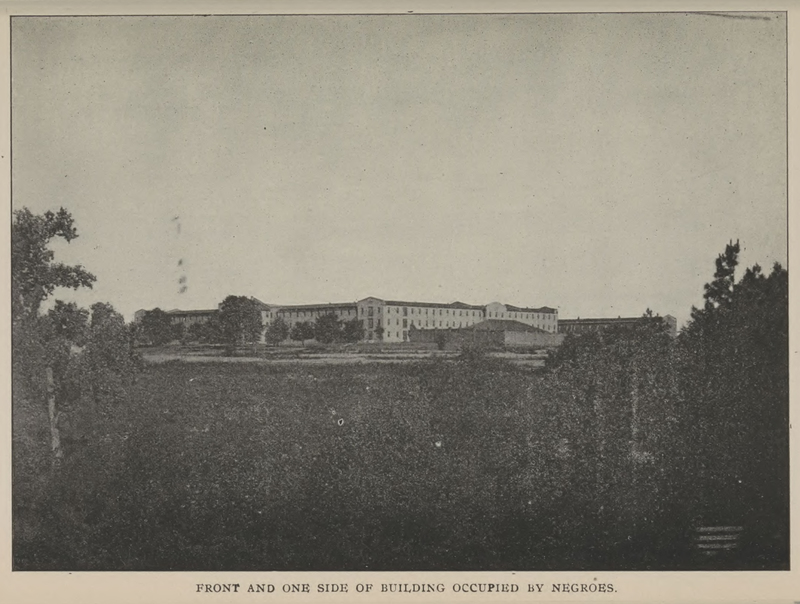 Front and one side of building occupied by Black males, Georgia State Sanitarium, Milledgeville, Georgia, circa 1903. 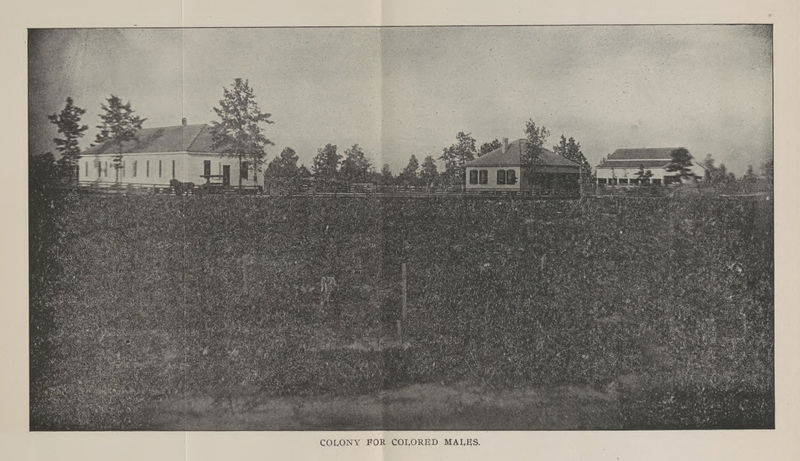 By the end of 1912, it is noted in the Annual Report of a trained Black female nurse overseeing the Black female department. Although she is not mentioned by name, that Black nurse was Ruth Hartley Mosley, born Ruth Price in Savannah, Georgia in 1886. After attending high school in Savannah, Price entered and completed a nurse training seminar in Concord, North Carolina. From there, Price conducted her clinical training at Providence Hospital in Chicago, Illinois. In 1910, Price returned to Georgia and secured employment at the Georgia State Sanitarium; and that same year, at the age of 24, Price was appointed the head nurse of the “Colored" Female Department at the sanitarium. Price was the first Black woman to achieve a position of this stature at the sanitarium. Upon Price's marriage in 1917, she leaves the sanitarium and undertakes and completes training to become a licensed mortician. She and her husband would run a funeral home in Macon, Georgia for years. In 1938, she would return to nursing with the Bibb County Health Department and in the Bibb County Schools.

Unfortunately, as noted above, there is little mention of the Black attendants and nurses in the Georgia State Sanitarium’s Annual Reports during the late 19th and early 20th centuries. This makes it difficult to provide a proper understanding of their experience, which lays bare an important aspect of American history, the silences found within it. The crux of this phenomenon is, power. The sanitarium, aligned with the state and the ingrained structural tenants of white supremacy, held the power to dictate the narrative, or to decide what was “important.”

These acts of exclusion create distortions, omissions, erasures, and silences in the archival and historical record. This in-turn impacts the social memory and history of marginalized groups and prevents certain stories to be heard, and potentially lost from history. Acknowledging silences provides affirmation that the voiceless can be heard.

“…if we so much as say silence, we have already destroyed it.”- Karmen MacKendrick, Immemorial Silence.

Next: School of Nursing at Central State >>

<< Nursing Experience at CSH in the Early 20th Century :Previous