The early 19th century saw several social movements across the United States to create public schools, reform prisons, and establish state-run hospitals for people living with mental illness. Prior to this period, people living with mental illnesses resided with their families. However, as populations began to increase, mental illness was seen more and more as a threat to public safety, leading to most states creating state-run public asylums to house psychiatric patients by the second half of the century. The impetus of what is now known as Central State Hospital was initiated by Governor Wilson Lumpkin, who in 1834 asked the Georgia State Legislature for funding for a state-run mental hospital, which was to be located in the current state capital. 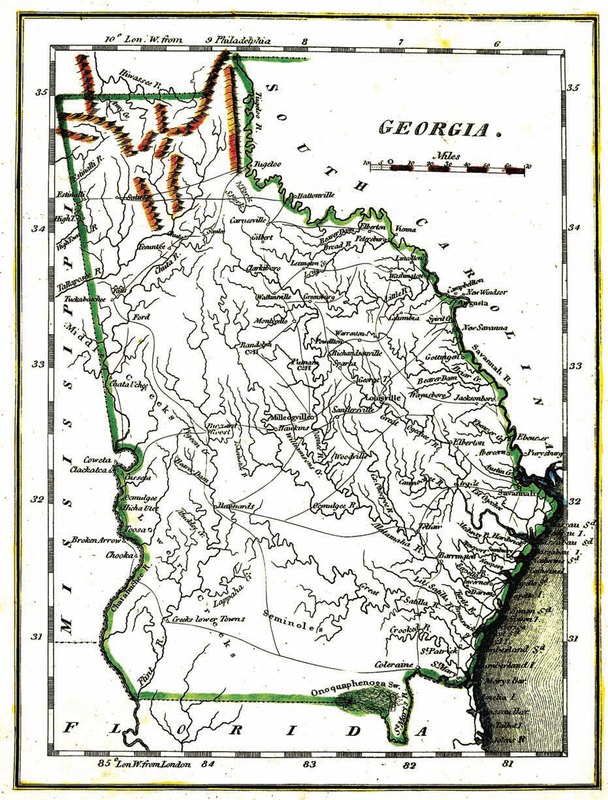 The hospital was to be built on the outskirts of Milledgeville, Georgia, which had been founded as the state capital in 1804. The town, situated on the edge of the Georgia frontier, is located along the Atlantic fall line at the juncture of the Upper Coastal Plain and the foothills of the Piedmont, on land forcibly ceded in the Treaty of Fort Wilkinson of 1802 from the Muscogee Creek, an indigenous people who inhabited the regions now comprised of southern Tennessee, all of Alabama, western Georgia, and part of northern Florida. The long-forgotten site of Fort Wilkinson can almost be glimpsed through the trees directly across Carl Vinson Hwy from the hospital campus.

Construction of two separate, but parallel, four-storied brick buildings began shortly after the state legislature passed a bill establishing a Board of Trustees in 1841, and one structure was completed by October 1842. The second building, a female ward, was completed in 1847. The work was performed by the abundant enslaved population of the area, which by 1850 had reached 4,632 persons, or 56.8% percent of Baldwin County’s population. Enslaved labor left an indelible mark on the landscape of Central State Hospital, shaping the campus through forced labor in the construction of hospital buildings, landscaping the grounds, and building a wall around the campus, with the assistance of convicts from the nearby State Penitentiary. Enslaved "employees" served as attendants to the patients for the first years until white attendants were hired and took over the majority of this role by 1849.

The Governor of Georgia, Charles McDonald, issued a proclamation on November 1, 1842, announcing the newly built Lunatic Asylum of the State of Georgia was prepared for the reception of “lunatics, idiots, epileptics, or insane persons.” The institution was the first in the world to include all three categories of patients for treatment. The asylum would receive its first patient, Tilman Barnett of Bibb County, Georgia, on December 15, 1842. Tilman, a 30-year old white male, deemed violent and destructive, was reportedly brought to the asylum chained to an ox cart. He would die six months later of "maniacal exhaustion."

The 1849 Statistics of the State of Georgia states that since 1847 and the completion of the second building, “the whole aspect of things has been materially changed for the better,” and,

the present condition of the institution is such as to reflect much credit upon the humane efforts of the State in the belief of that, of all others, most helpless class of human sufferers, and to afford the means of providing for their safety, comfort, and cure, in a much higher degree and more satisfactory manner than can possibly exist under the most favorable circumstances at their homes.

The construction of the Center Building, now known as the Powell Building, began in 1855 and was completed by 1858 and remains the oldest standing structure on the hospital grounds. Over the next century, the institution transitioned with the changing trends in the treatment of people living with mental illness, as well as existing under many names, operating as the Georgia State Sanitarium, Milledgeville State Hospital, and Central State Hospital. By the 1960s, the hospital had grown to include 200 buildings encompassed on a 1750-acre campus, serving 12,000 patients, making the institution the largest mental hospital in the world.